Registration for Baseball and Softball Post-Season is now Open!

Is your player interested in playing All-Stars or Honors?  Registration is now open for both Baseball and Softball ! 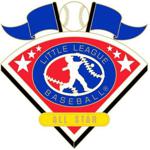 There is a significant commitment required to participate in post-season play as teams usually practice 5+ days per week, from early June until their tournament begins. Families that want to be considered for post-season play should schedule summer vacations accordingly.

Click Here to go to the All-Star page for Baseball

Click Here to go the the All-Star page for Softball